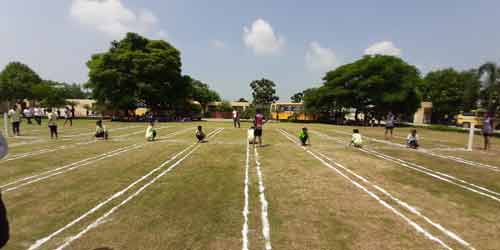 S.N. Public High School, Ludhiana tried to expand their horizon into the sports arena. Our students of Under-14 and under-19 (Girls) of Kho-Kho team had prepared to participate in the Punjab School Games under the Punjab School Education Board Games, 2019.

The students participated in the Kho-Kho Match held at Guru Nanak Public School, Birmi on 22th August, 2019. Both the teams played very well. But unfortunately the day was not in favour of the School. We lost the match. But both the teams were praised for their efforts, hardwork and it can be said that match was played in competitive but friendly spirit.